skip to main | skip to sidebar

The Magic Hour in Los Angeles 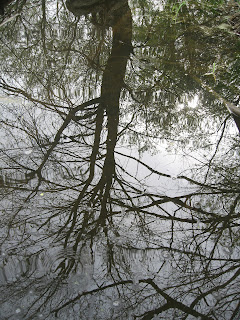 I set out to see photographs this week in Los Angeles driving both east and west across the 10 freeway. I realized that the two shows I saw during the space of that day were connected through their similar dislocation. Swiss born Robert Frank found himself disillusioned with American cultural life probably as the novelty of the country grew tired. In order to find his subjects Frank famously hit the road taking thousands of photographs in the process. Robert Mc Ginley found himself far from the slickness of Hollywood knee deep in Illinois farmland with a camera. In Mc Ginley’s dislocation he found a community of conservationists and eventually created a wildlife easement out of his photography project.

Robert Frank immigrated to America and initially became a fashion photographer.  In 1954 he won a Guggenheim and traveled across the United States photographing the everyday people and situations of daily American life far removed from the artifice of fashion.  The resulting book, “The Americans” launched a firestorm of criticism for its gritty look at Americans and awkward takes on masculine identity, race relations and alienation. It’s no wonder that Jack Kerouac wrote the introduction to the book full of irony and malaise. 50 years after the publication of the Americans MOCA Grand Avenue is displaying the complete collection of photographs from its permanent collection. Though many of the images are familiar they remind the viewer of the importance of intuition and authorship on the part of the photographer. There is a remarkably unified blankness in the photographs. Fleeting moments are captured and the lack of self-consciousness on the part of the subjects leads us to believe that Frank was able to move around the country almost invisibly.  Otherwise its hard to imagine that a shoeshine would allow himself to be photographed bending over subserviently in a public toilet surrounded by of a row of urinals. The artifice of our encounters with reality via moving pictures is also explored by Frank in one image of a Hollywood premiere the alienated masks of aspiring talent in Hollywood seem to flash by us in an anonymous way the identity of the starlet concealed by her archetypal blurry beauty. Frank’s seems to be speculating that as Americans we are so invested in aspiring to be one of these archetypes of beauty either the cowboy or the ingénue that we miss out on the actual scene right in front of us.

Across town at Blue Seven Gallery in Santa Monica is a very different kind of photography show a slick foil to the show at MOCA with a no less compelling story. Mc Ginley a film director found himself in Barrington Illinois endowed with an estate, Horizon Farms. While on the farm taking care of business for his parents who ultimately passed away during his stay, Mc Ginley discovered a watershed ecology full of endangered wildlife and aquatic species.  Mc Ginley saw an opportunity to create a wildlife easement in order to protect the species on the property and prevent further development along the Spring Creek Nature Preserve. The photographs in the show were shot to create exhibits for federal and state lawmakers and ultimately led to the creation of the largest permanent land preservation easement in the state of Illinois. These photographs have all of the technical awareness of a filmmaker and an artist with a vast knowledge of pastoral landscape painting and Italian Cinema. They seem to deliberately quote of from Frederich, Boucher, M.C. Escher and Antonioni. The images dramatize the state of the environmental preservation efforts and make nature the star of the show deliberately pulling on our heartstrings in order to create a moment of communion between the viewer and the life around them.